XXXIII. General Assembly and Board Elections

XXXIII. General Assembly and Board Elections

In the capacity of the President of the American Chamber of Commerce in Hungary (registered seat: 1051 Budapest, Szent István tér 11.) I cordially invite you to the

AmCham General Assembly and Board Elections

The General Assembly, traditionally the most high-profile AmCham event of the year, will take place on December 1, between 9am-12:30pm at the Budapest Marriott Hotel (1052 Budapest, Apáczai Csere János u. 4.).

In this letter, you can find information about the candidates, the agenda of the Assembly and also some important rules. Below we inform you about the Dr. Iván Völgyes Award as well.

This year’s open positions for a 2-year term are:

This year’s open positions for a 3-year term are:

Election of the First Vice President:

Election of the Secretary Treasurer:

Announcing the result of the First Vice President Election

Election of the two Board Members-at-Large:

Election of the two Supervisory Board members:

Announcing the results of the Election

10:45-10:55 Acknowledgements for outgoing Board members

Important rules on the General Assembly

Please note that according to the By-Laws, Article III. Paragraph 3.1.14. “Each Member has the right to vote at the General Assembly except for Honorary Members and Members who have not paid their dues in full.”

If you wish to exercise your voting right by proxy, please use the Registration Form and Power of Attorney.

I encourage you all to participate and express your opinion by exercising your voting right.

To register, please fill out the Registration Form and Power of Attorney and send it to Membership Manager Ildikó Takács-Berka via email to ildiko.berka [at] amcham.hu until November 29.

In memoriam of Dr. Iván Völgyes, the American Chamber of Commerce is calling for nominations for our Dr. Iván Völgyes Award for Promoting Hungarian-American Business Relations. This annual award is aimed to recognize those individuals who have contributed significantly to the development of the Hungarian-American business relations in the following, but not exclusive, areas of US investment such as through FDI or technology, knowledge, or charity.

Details of the nomination can be read here.

Should you have any questions regarding the General Assembly, please do not hesitate to contact Ildikó Takács-Berka at ildiko.berka [at] amcham.hu

According to effective regulations, attendees must present the AmCham staff upon arrival: a picture ID and a certificate of immunity against SARS-CoV-2 (Card OR App)

Participants are required to wear a mask 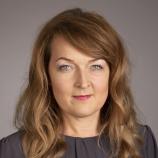