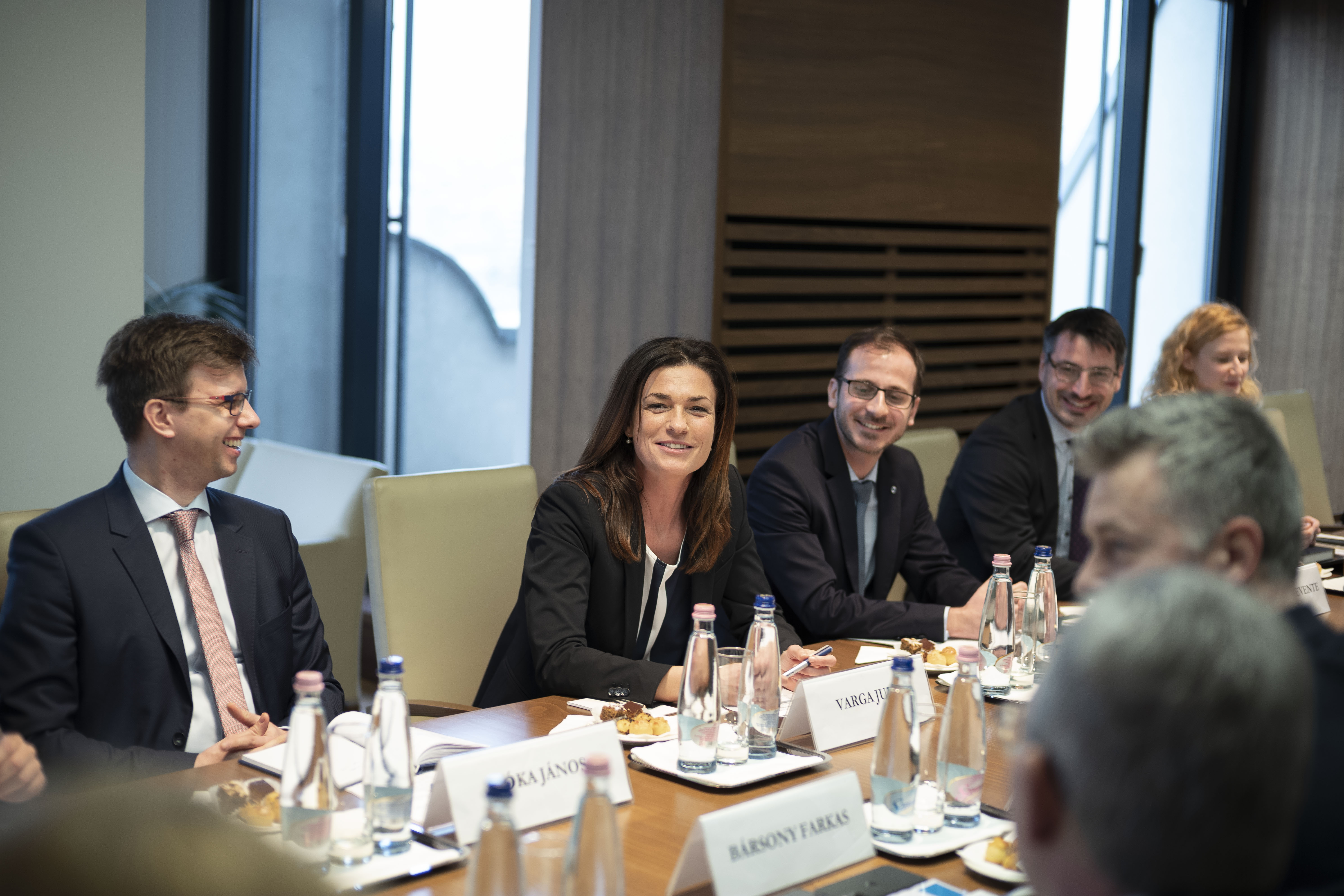 The two parties discussed the Strategic Partnership Agreement that was originally signed in 2011 and renewed lately in 2019 by László Trócsányi, then Minister of Justice, and President Bársony, as a manifestation of a closer cooperation between the business sector and legislators.

In the past years, AmCham, representing its members’ interest, regularly consulted with the ministry on different pieces of legislation within the framework of the referred Agreement. Furthermore, the Chamber has submitted several professional opinions to legislators on issues that determine the operation of different actors in the economy and directly affect the country's competitiveness.

The Minister emphasized the importance of the professional input provided by AmCham to the public consultation process of legislative drafts and thanked for the outstanding work of AmCham, and the Regulatory Committee in particular.

AmCham believes that the key to Hungary’s competitiveness is cooperation through structured dialogue as an integrated part of the legislative work. The effective cooperation from AmCham’s part is based on the serious professional work carried out in AmCham’s Regulatory Committee, with lawyers, legal counsels and business professionals renowned both nationally and internationally.